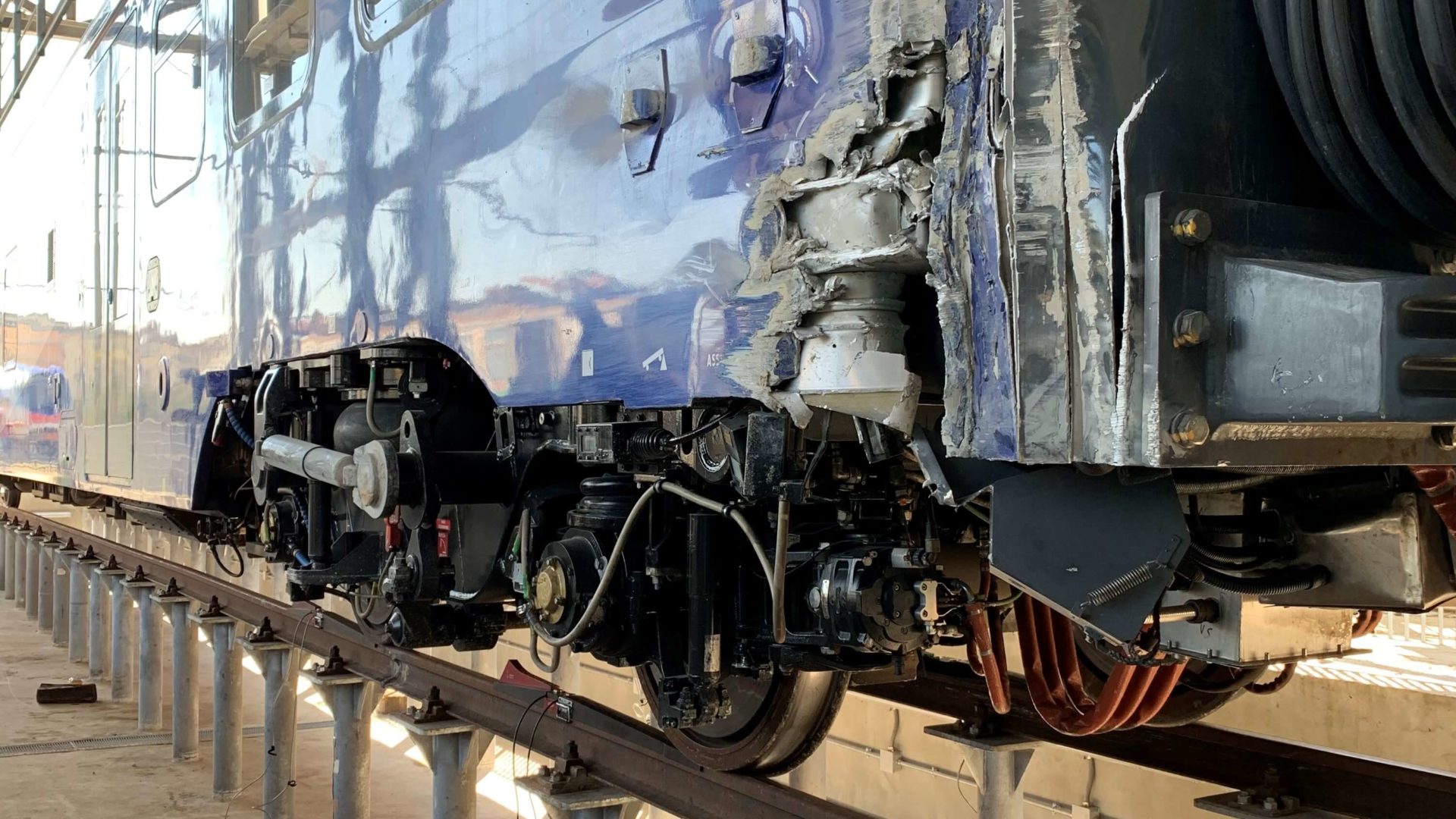 Thanks to the use of innovative technologies, developed and created ad hoc by IVM, it was possible to define specific measures and provide support to the committees of inquiry in charge of assessing the causes that led to the two rolling stock derailments.

Specifically, IVM has identified some measures to be performed in static conditions, designed to check the layout of the rolling stock; and others, in dynamic conditions, to evaluate the dynamic interaction between vehicle and infrastructure.

The activities will take place in 3 distinct phases and for each of them different technologies will be used:

Phase 1 – Static tests – measurement of the vertical forces distribution of the railway vehicle on wheels and wheelsets.
To evaluate the balance of the rolling stock, IVM provided for the weighing activity, referring to the very recent standard UNI EN 15654-2: 2019 “Railway applications – Measurement of vertical forces on wheels and wheelsets – Part 2: Tests in workshop for new, modified and maintained vehicles“. The standard applies to the measurement of the vertical wheel forces of a railway vehicles in maintenance workshops and production sites. It also deals with the derived quantities, used to describe the vertical wheel force distribution.

The static tests were conducted using the most advanced portable weighing system for railway vehicles POWERVE (POrtable WEigher for Railway VEhicles), a technological and excellence equipment for this kind of measurement. It’s appreciated in many countries and won several Italian and European awards. These measurements were carried out with the POW4X configuration of the POWERVE weighing system which allowed the measurement of 4 axes simultaneously and on the same plane.

We thank the EAV technicians who supported the activity in field, which was carried out correctly and in total safety, despite the block due to COVID-19.

Dynamic tests (Phases 2-3) will also be performed as soon as possible, thanks to the use of technologies developed by IVM for dynamic applications, based on accelerometers. The OCTOPUS system will be installed on board various rolling stocks. It will extract the complex information content relating to the running dynamics, monitoring the behavior of each wheel in running condition, through particular analyzes of accelerometric data that will be generated at the wheel / rail interface. Depending on the results, the use of the SWAN system will also be evaluated, to fully monitor both the running dynamics of the rolling stock and the vibrations induced on the infrastructure.

For inexperienced people, weighing a rolling stock may seem like a purely commercial need; but it is extremely important in order to guarantee a correct vehicles running dynamics. During the life cycle of any rail vehicle, without considering the weight changes, the distribution of the wheel forces is mainly a function of the wear of the wheel rolling surfaces diameters and of the suspensions stiffness.

Keep safe and take care of you and everyone during this hard time! 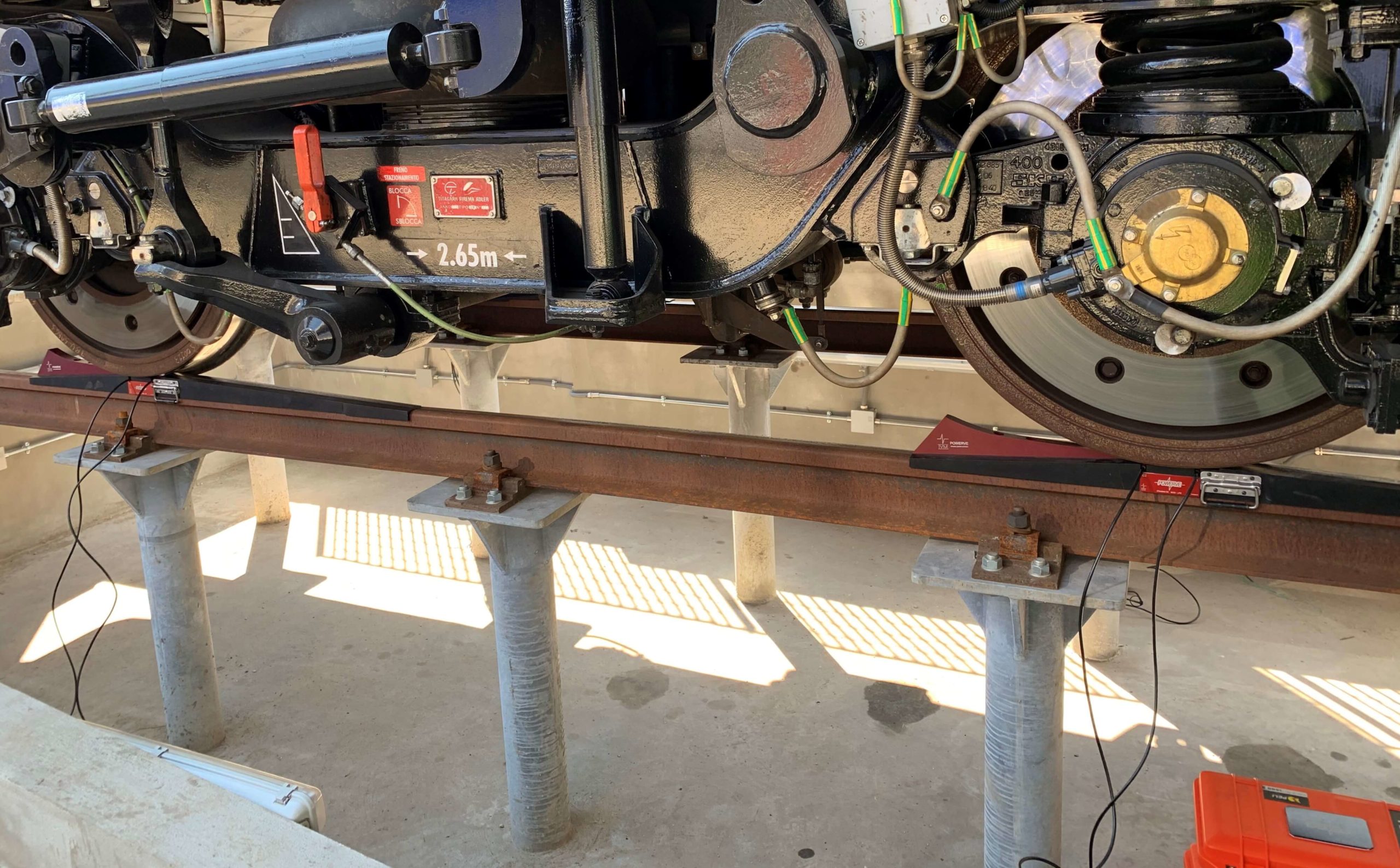 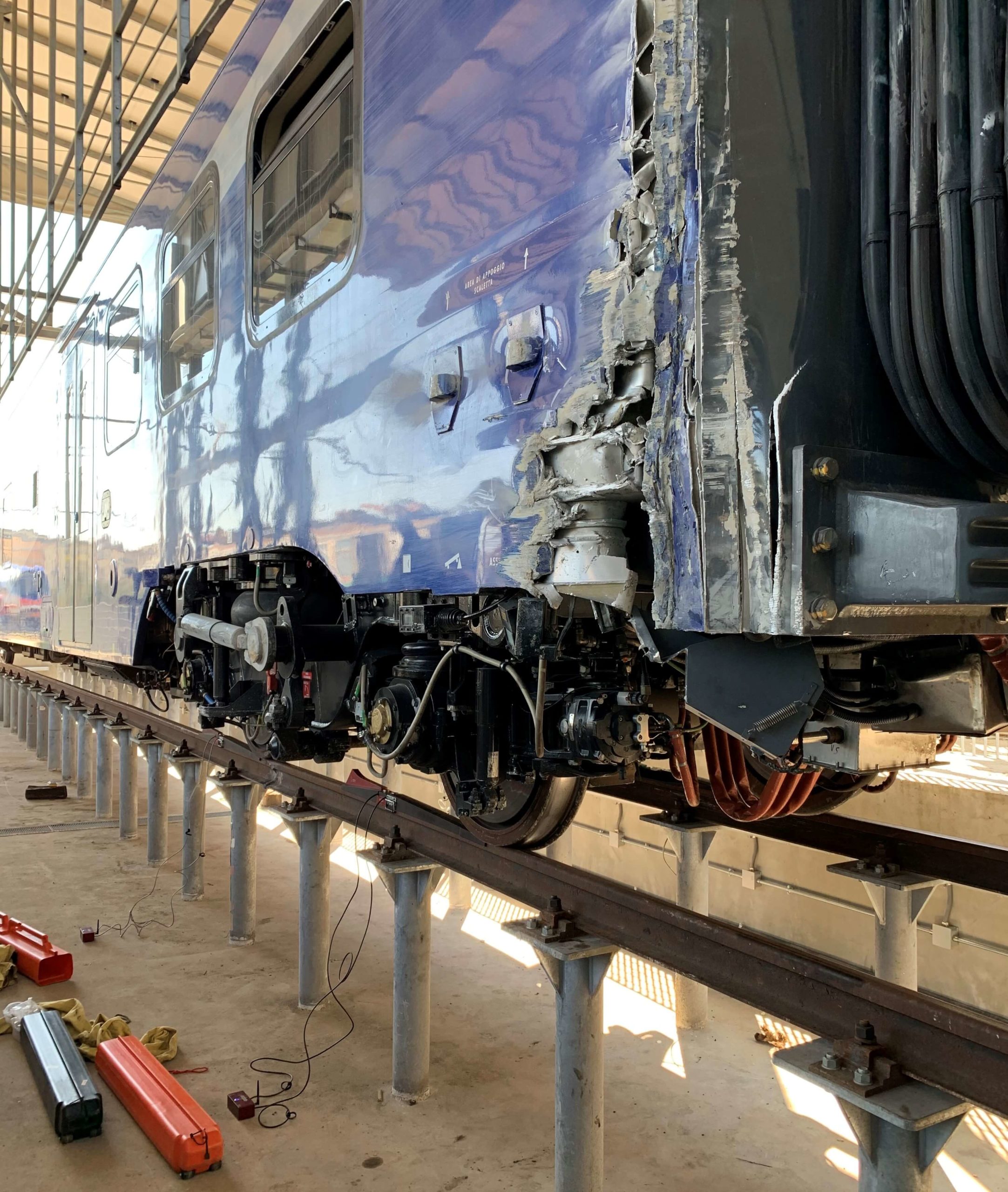 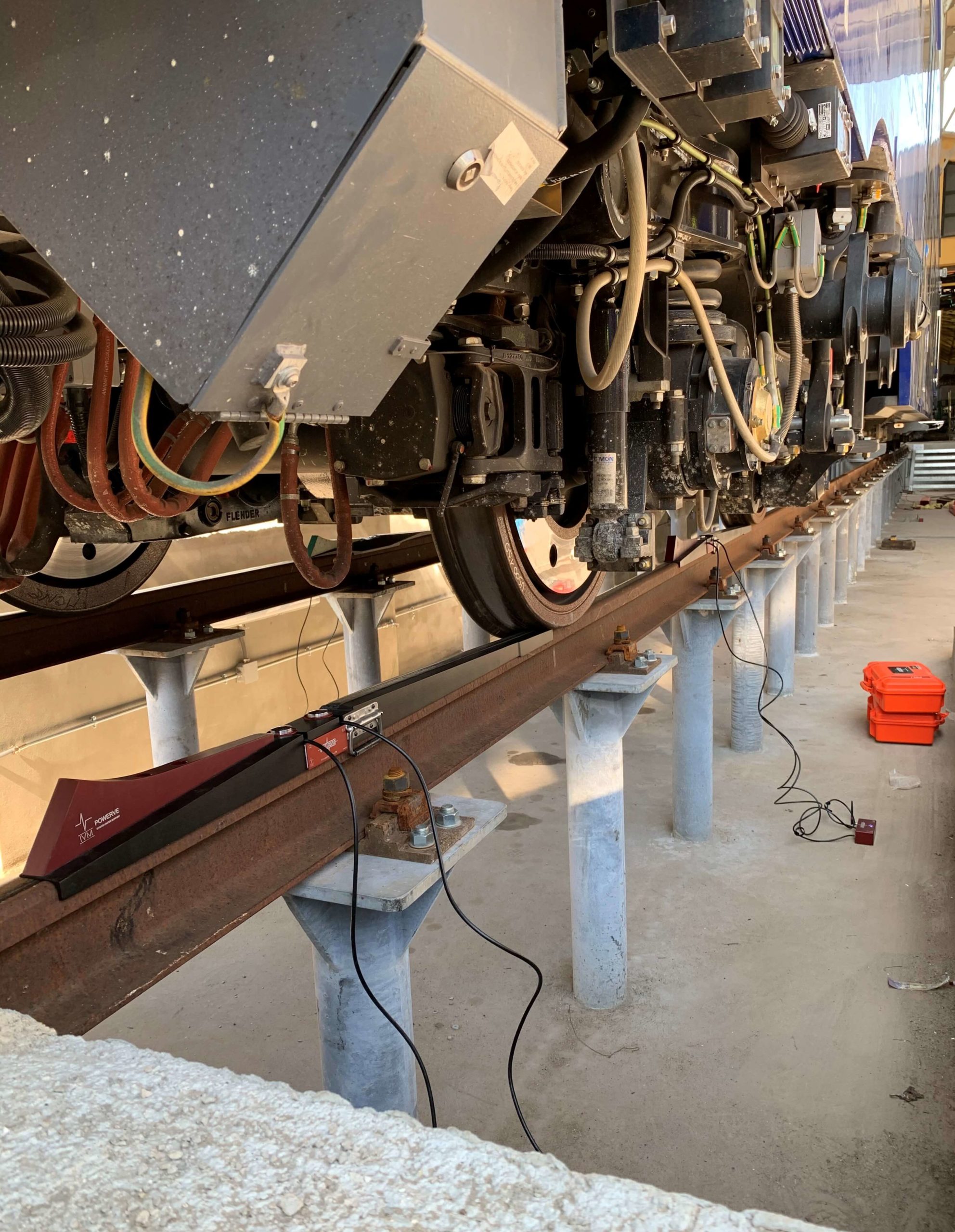 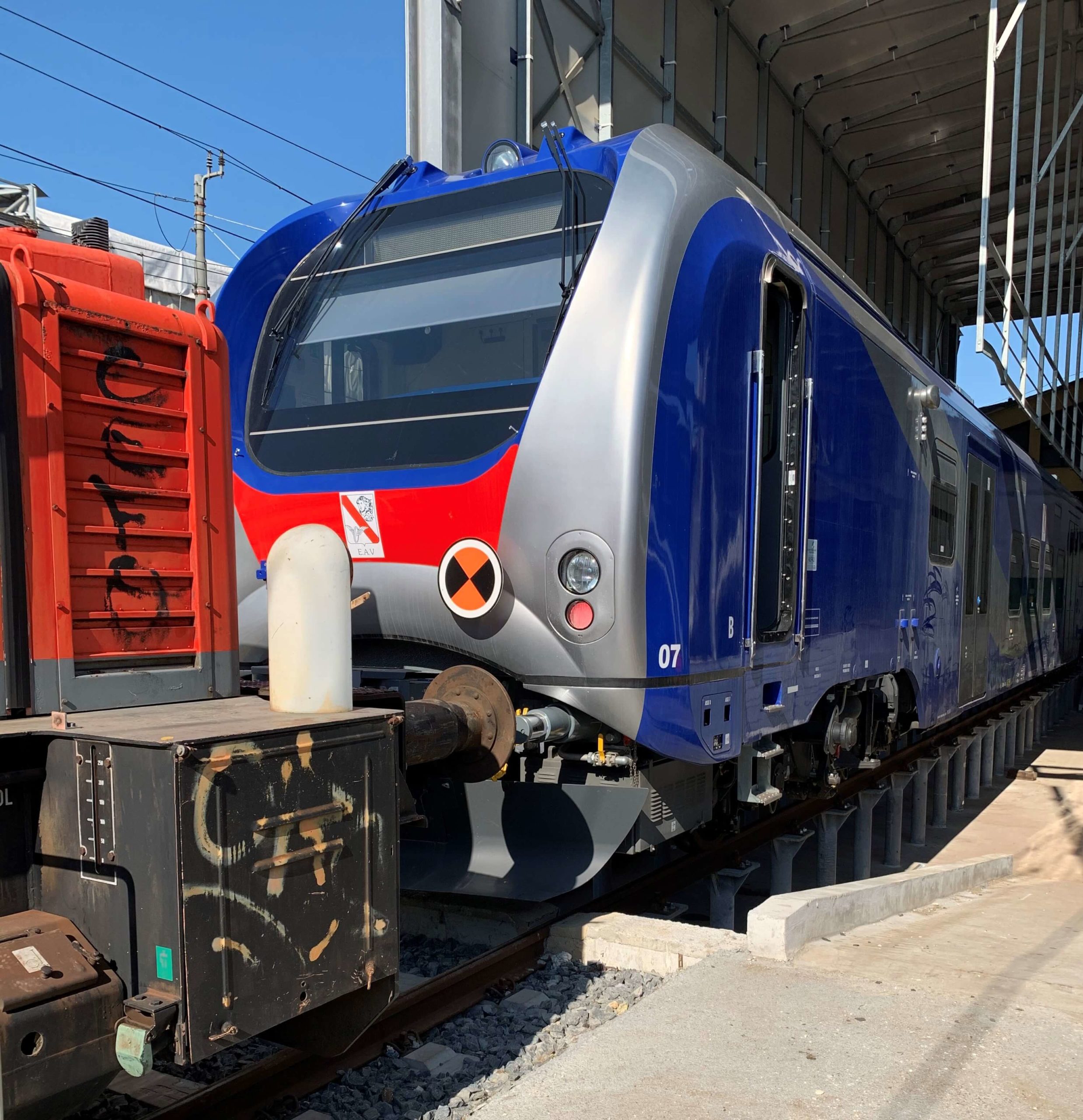 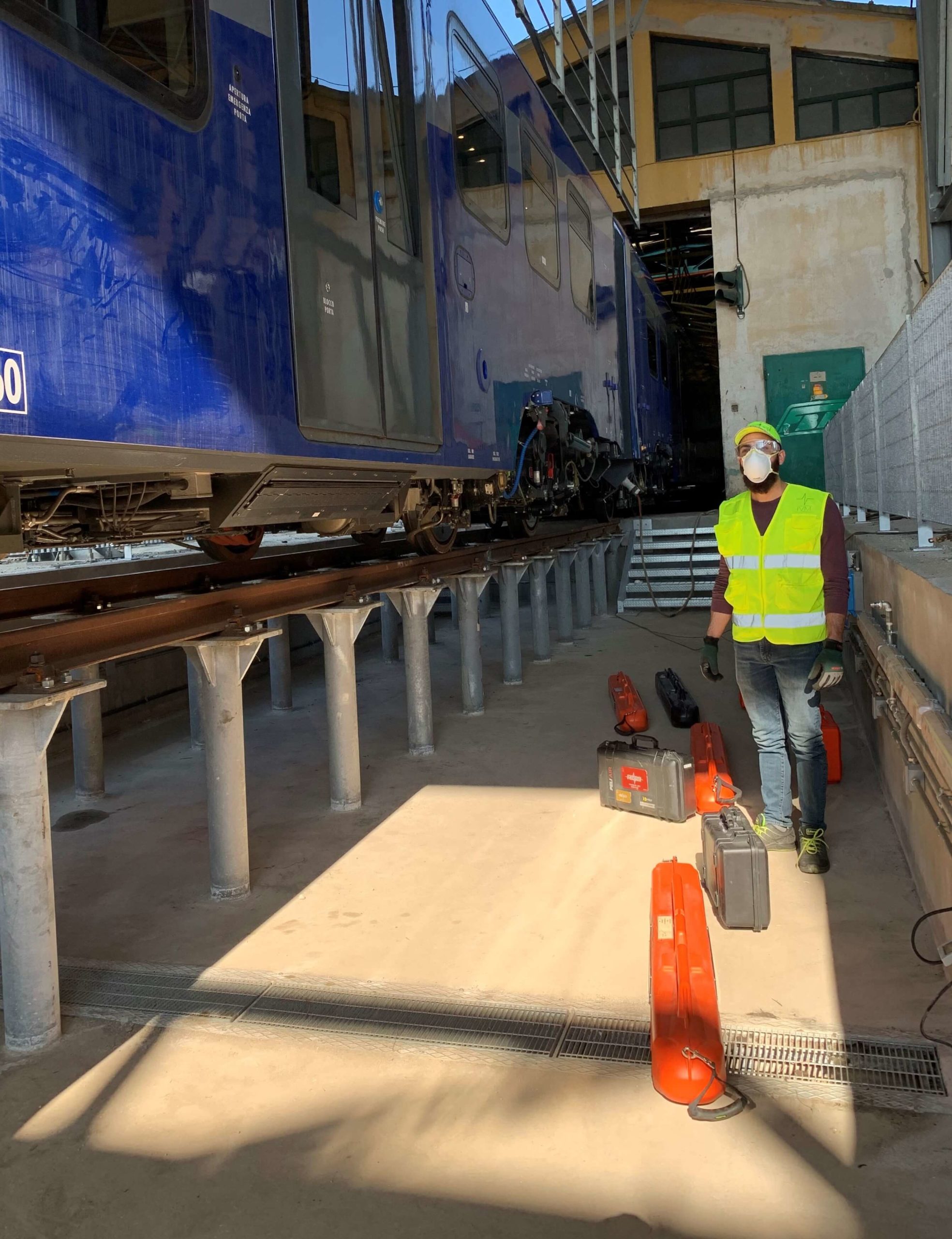