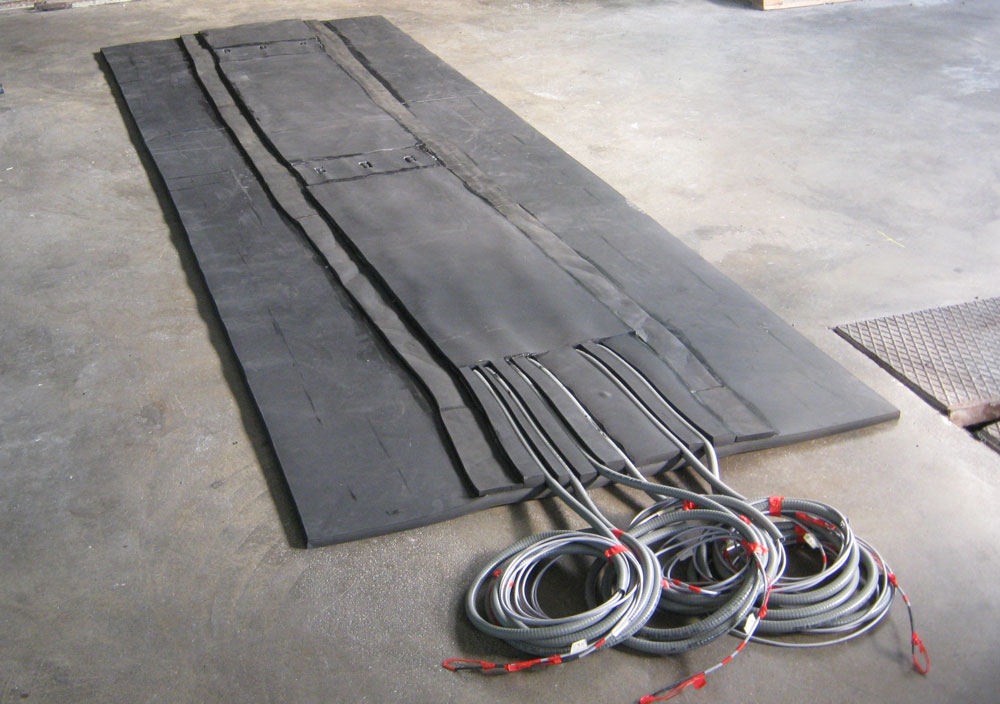 The operation of an underground subway line in urban areas can cause disturbances in terms of externally induced vibrations. This constitutes a problem in presence of structures, such as residential buildings (disturbances to people), buildings dedicated to vibration sensitive activities to (eg. Hospitals) and buildings of historical and cultural interest which are naturally sensitive to vibration (masonry historic buildings). One of the most used intervention strategy for new railway/subway lines construction, is the use of special anti-vibration mats, installed between the rail infrastructure (rails, sleepers and ballast) and the tunnel structure, in order to absorb vibrational stresses and break down the disturbances source. These systems, however, are subject to degradation over time, which cannot be quantified in advance, especially when their operating conditions are far from the ideal conditions proposed in laboratory tests.
The VAMS-UBM system consists of pairs of MEMS technology accelerometric sensors, installed in axis inside of anti-vibration mats, in its upper and lower part. When an underground train passes through the area where these instrumented mats are positioned, there will be a transmission of vibrational waves from top (rail surface) to bottom. The acceleration change recorded by the two sensors placed on the same axis (on the upper and lower surface of the mat) is the vibration attenuation. It is mainly a function of the elastic properties of the material. Overtime, due to the wear, the mat varies its elastic properties (the rubber tends to harden), hence the “transfer function” of the vibrational waves necessarily change. In this way, we can associate to this change a possible degradation of the anti-vibration mats.

The system is in operation, since 2014, on the Flaminio – Lepanto route (Line A, Rome Metropolitana) allowing:

In addition to the vibration attenuation monitoring provided with the anti-vibration mats, we can extend the functionality of VAMS-UBM system, by deploying additional accelerometers outside the anti-vibration mat, to measure vibrations in surrounding points. For instance, in the Flaminio – Lepanto route (Line A, Rome Metropolitan), there are two accelerometers in each instrumented section, on the side and on the roof of the tunnel, on both single and double track lines.

Not sure which solution is the best for your specific case?